Apple’s decision to no longer report iPhone sales has led many to assume the iPhone XS (details), iPhone XS Max (details) and iPhone XR (details) must be in trouble. This is premature, but attempts to woo new customers won’t be helped now Apple has had to admit to a serious hardware problem on its game-changing model…

Taking to its official website, Apple has warned customers iPhone X models “may experience touch issues due to a component that might fail on the display module”. Apple says this means “The display, or part of the display, does not respond or responds intermittently to touch” and potentially “The display reacts even though it was not touched”.

Curiously, Apple has excluded its usual line which states only a “small percentage” of devices are affected. This is a term the company has used liberally enough in the past to include the infamous (and ongoing) MacBook Butterfly keyboard debacle.

The good news is display problems are fairly easy to spot and if your iPhone X is affected then “Apple or an Apple Authorized Service Provider will replace the display module on eligible devices, free of charge.” Furthermore, if you have already paid for this repair you are now eligible to a refund so make sure you get it.

One note of caution. Apple warns iPhone X owners that “If your iPhone X has any damage which impairs the ability to complete the repair, such as a cracked screen, that issue will need to be resolved prior to the service. In some cases, there may be a cost associated with the additional repair.” 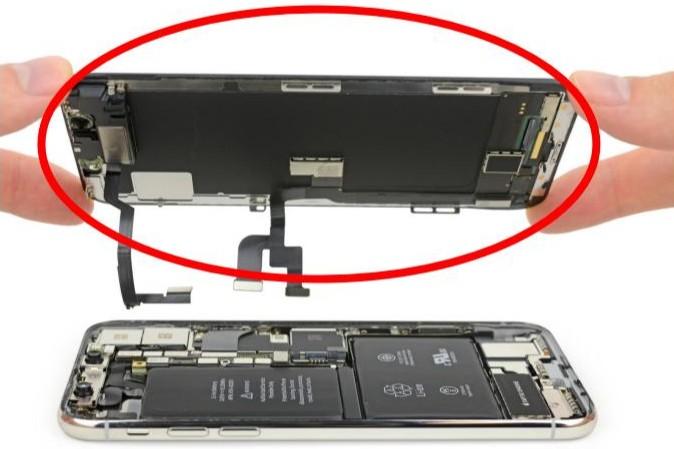 This requires some consideration because iPhone repair costs are notoriously expensive and what you consider an insignificant, Apple may say needs replacing so you don’t want to send in a phone which leaves anything to doubt. Especially if you don’t have AppleCare insurance.

Similarly, Apple will update your iPhone to the latest version of iOS before it is returned. iOS 10 holdouts won’t like this, while there are some concerning bugs in iOS 12.1. That said, there’s no way you should soldier on with faulty touch input just to avoid a software upgrade.