Ayeyi Atta Kakra Anim-Addo was the only Junior High School (JHS) Form 2 student among the 10 finalists.

He beat competition from nine others to win the ultimate prize of GHc10, 000. 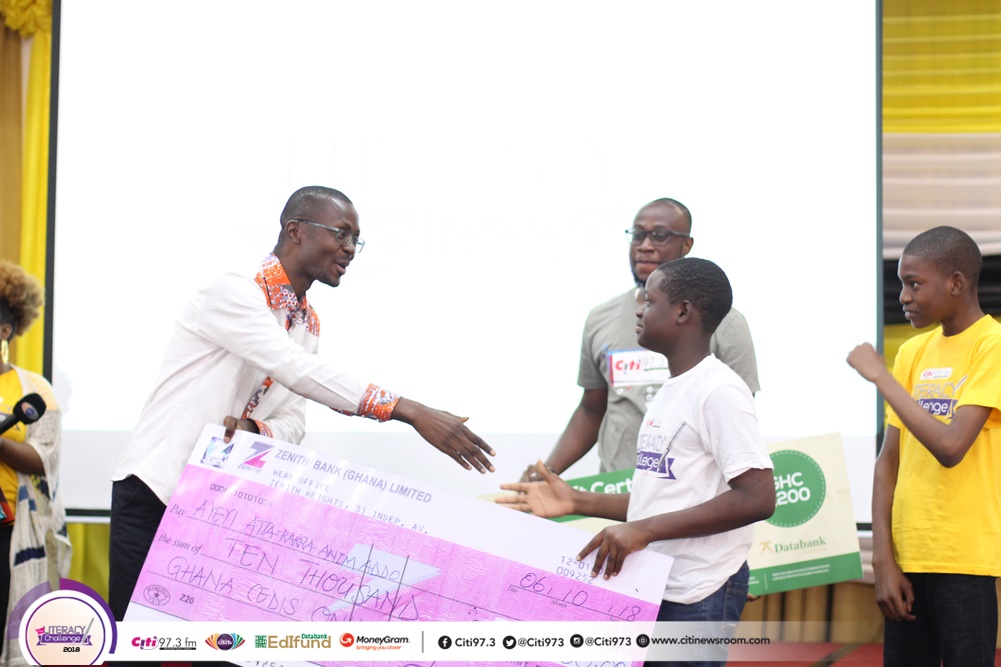 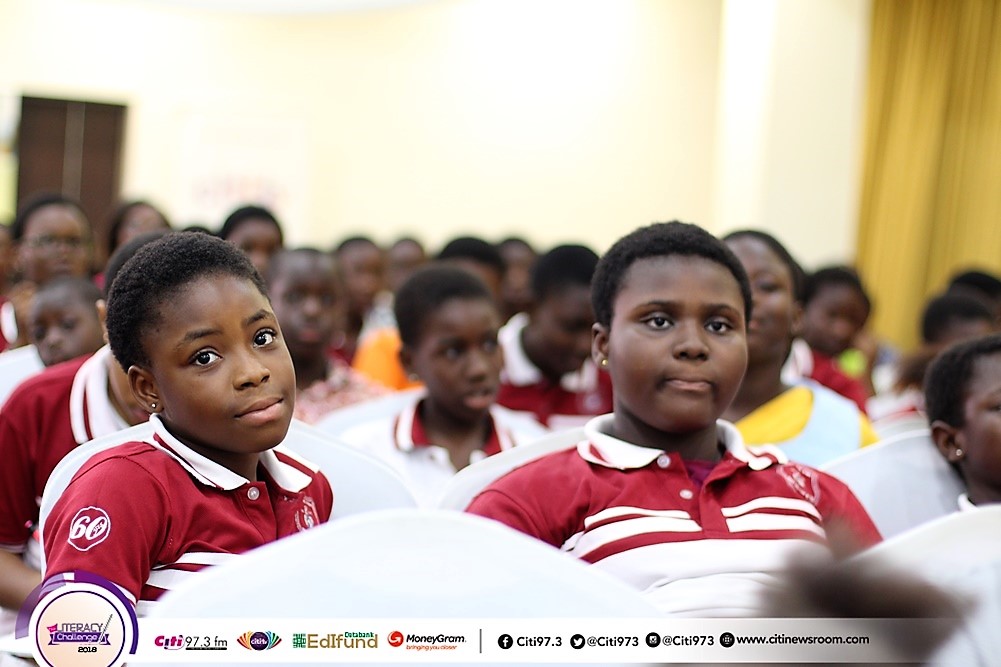 In 2017, a female student from the Christ the King International School in Accra, Krystyn Naa Adoley Bruce, also emerged the overall winner of the Literacy Challenge. 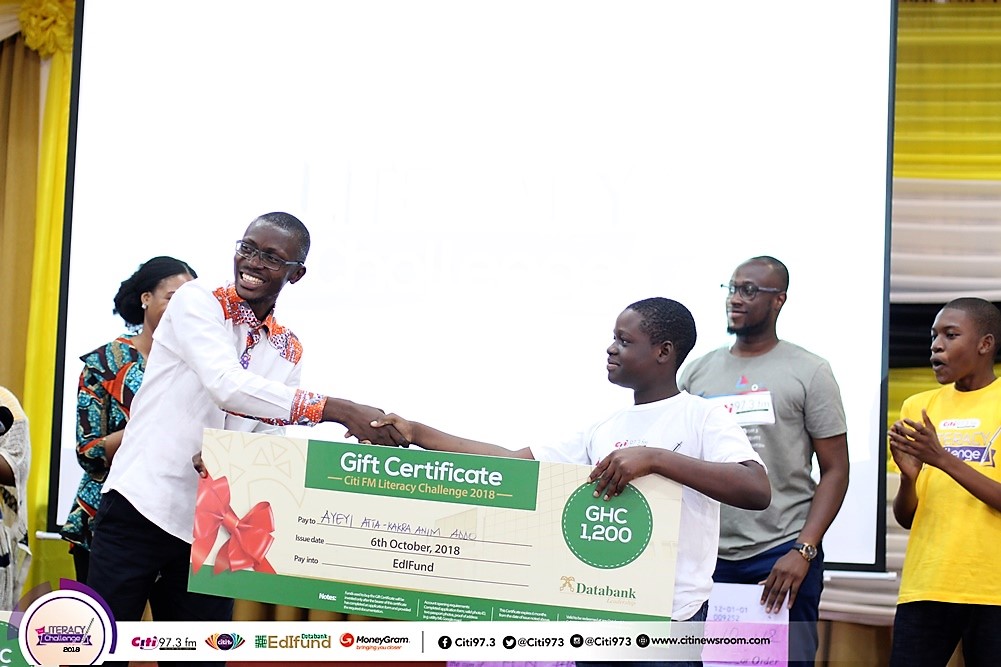 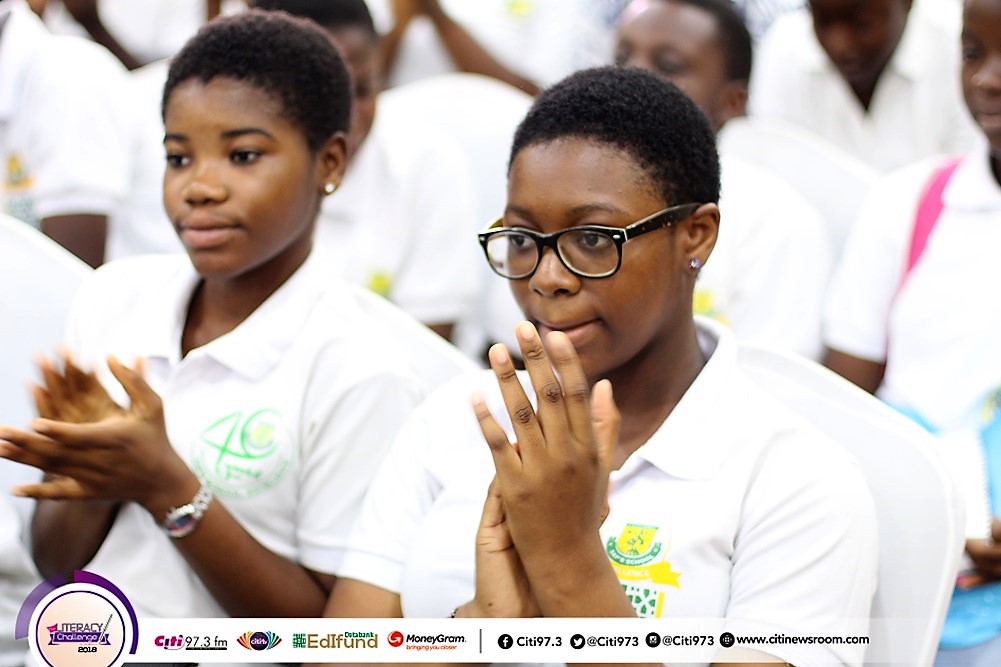 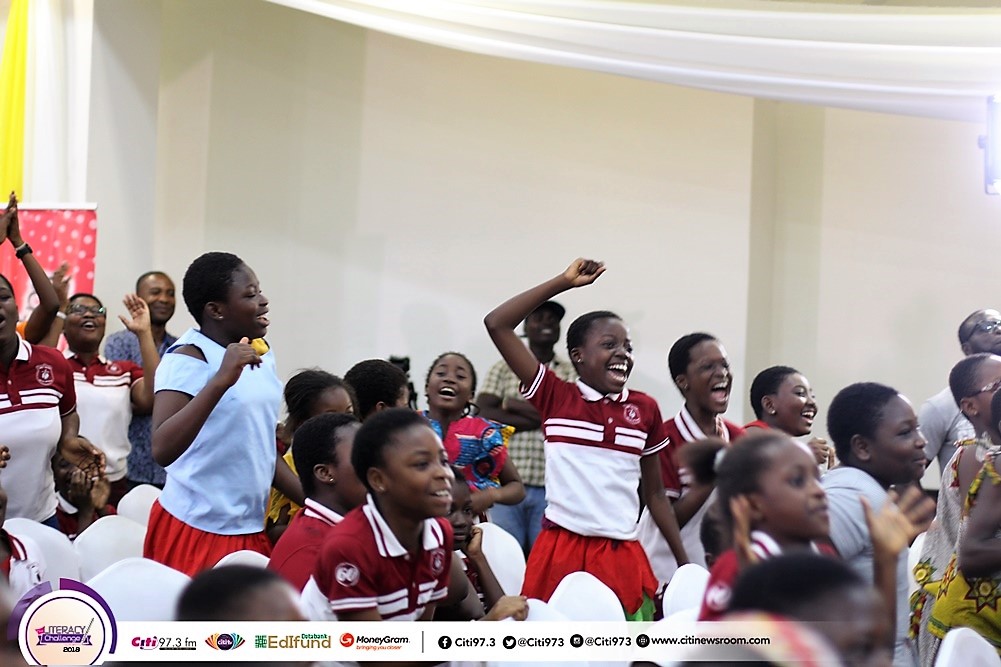 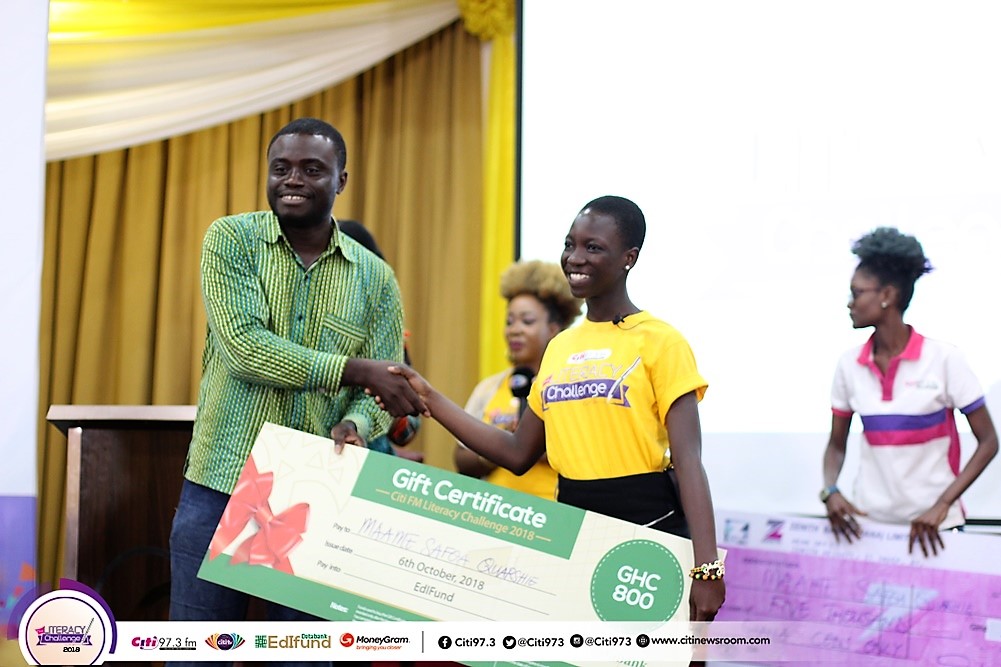 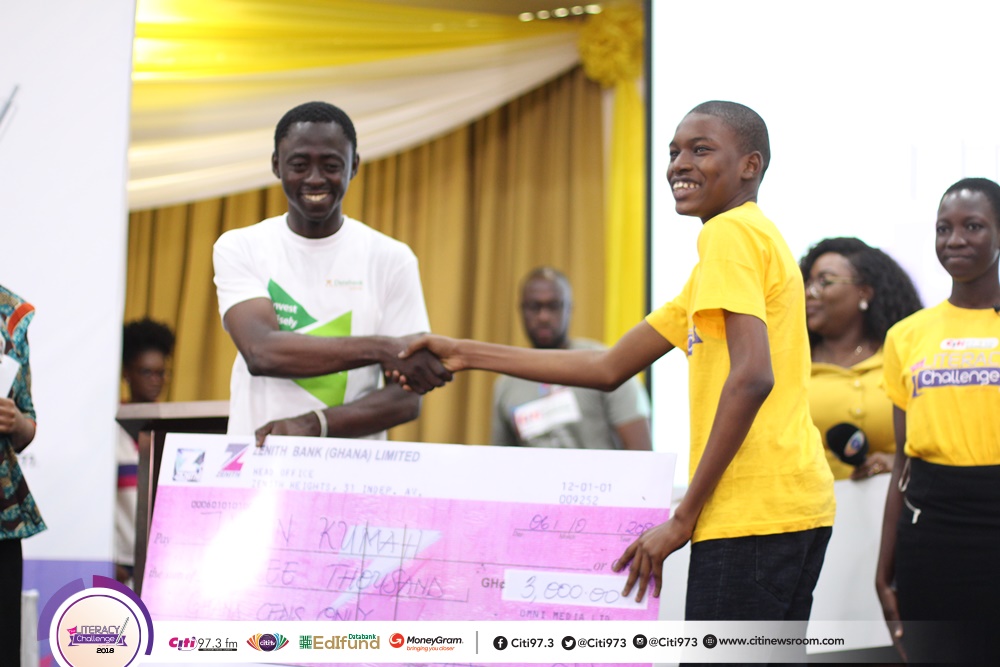 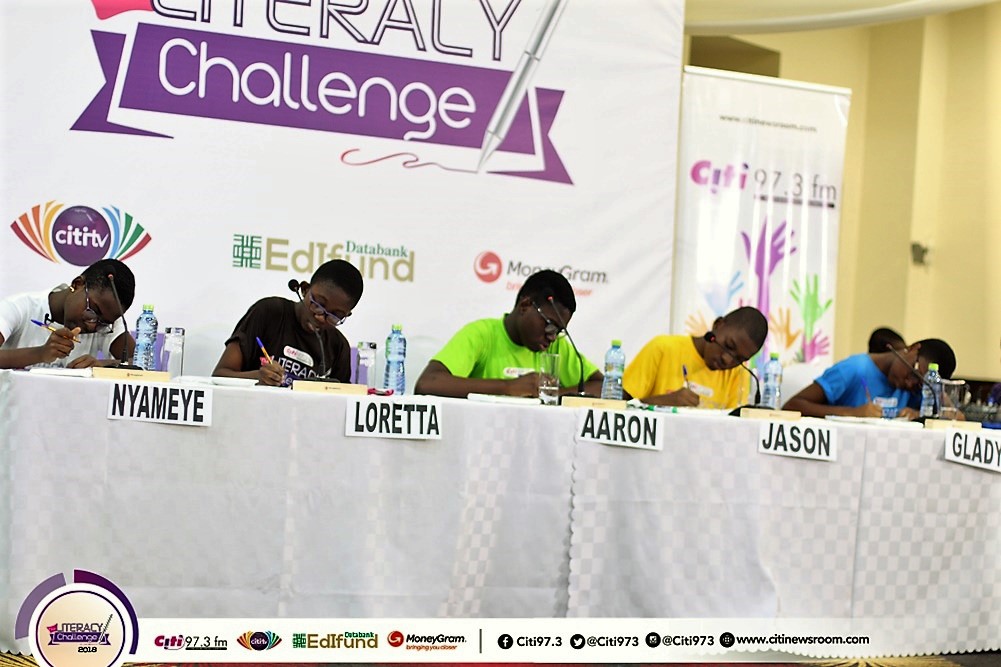 The first and second runners-up received GHc5, 000 and GHc3, 000 respectively; while all the winners received medals and gifts from official sponsors of the competition. 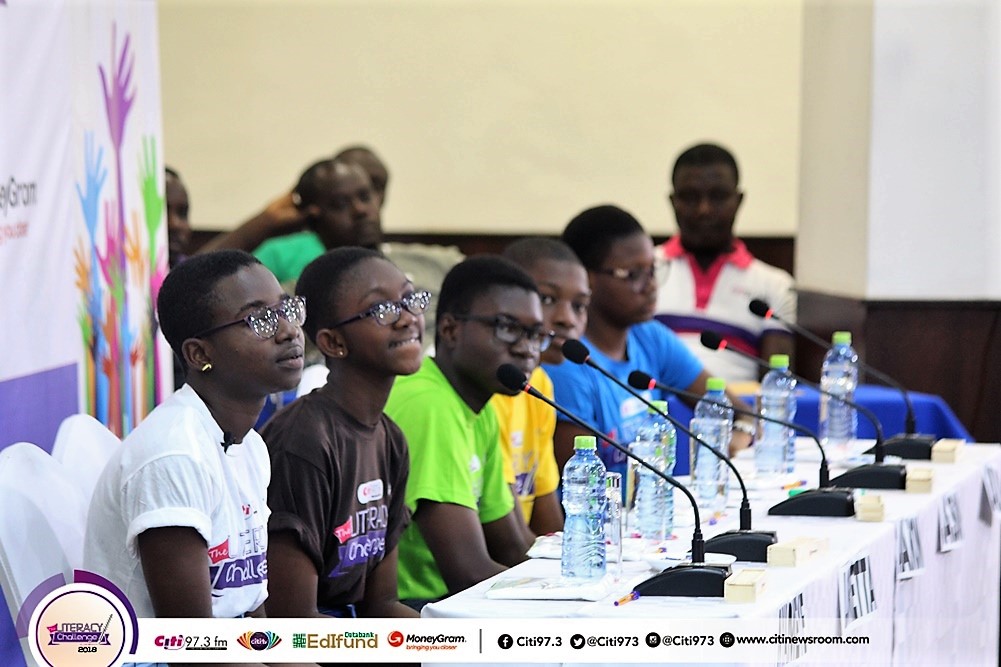 The Literacy Challenge seeks to identify and reward the most-outstanding ‘all-round’ JHS Student in Ghana, promote Literacy and Numeracy in Ghana, to shed more light on the importance of Literacy, Numeracy and education as a whole and to project 97.3 Citi FM as the leading media entity, that supports Literacy in Ghana, among others.

The finalists had been camping at the Swiss Spirit Hotel & Suites Alisa since Wednesday, where they relaxed and adequately prepared for the final event.

The finalists made it through the first two stages of the competition, where they first wrote an essay with a huge number of people on a given topic.

This was followed by an aptitude test by 50 people, quizzing them on general knowledge and current affairs, after which the ten finalists were picked. 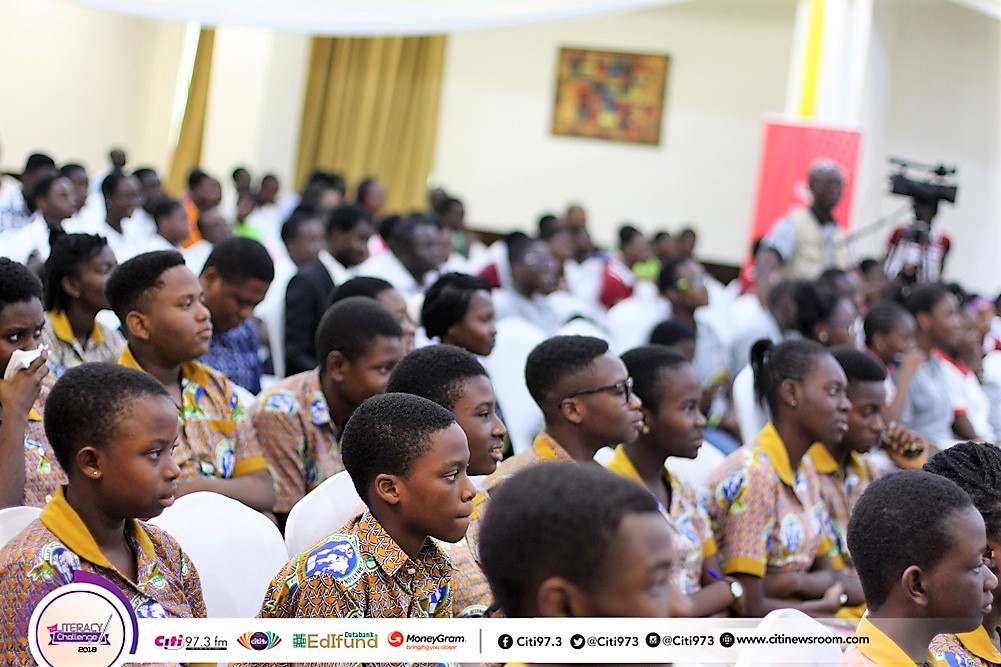 The 2017 edition was a three-month long fun-packed and education-driven set of activities, aiming to propel young Ghanaians to develop literacy skills beyond just reading and writing.

The journey so far

The journey began four months ago where JHS students in Ghana, were tasked to write on the selected topic; The year is 2035; the law allows people below forty (40) years to contest for the presidency. You are a presidential candidate in the general election. In not less than 600 words, write your manifesto speech.”

Over 2000 entries were received and the number shortlisted to 50.

The 50 took part in the aptitude test and the number further sieved to 10 who were brought to Accra for a two-day literacy camp, ahead of the grand finale.

The 2018 Literacy Challenge is sponsored byDatabank’s EdiFund and MoneyGram with support from CITI TV.