Ever wondered what you’d do if you suddenly found yourself homeless – unable to pay rent in Accra and away from close friends and family? Where will sleep? How will you survive the streets of Accra? 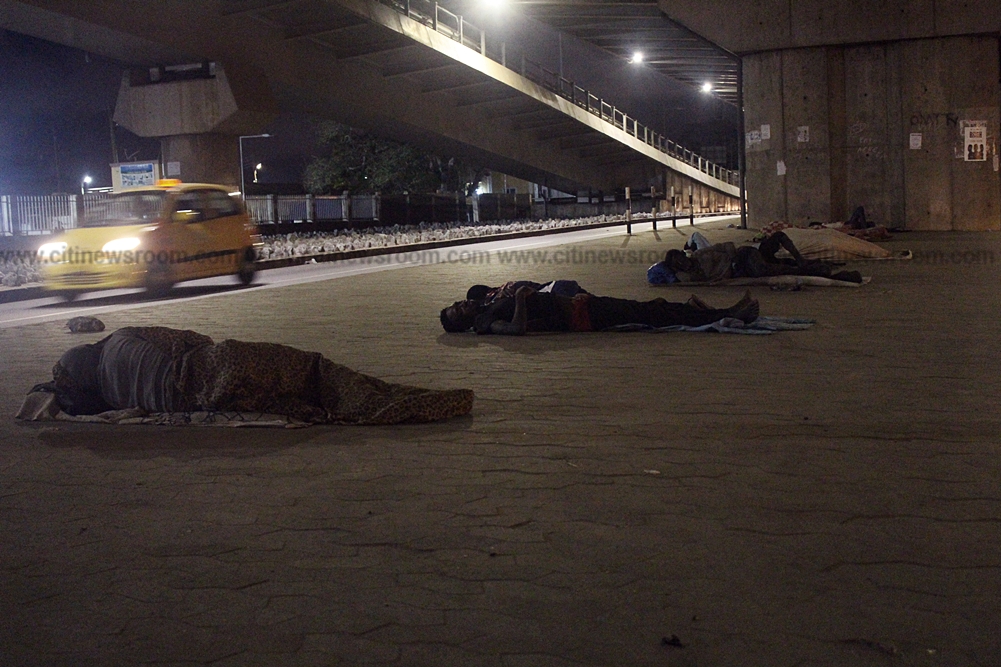 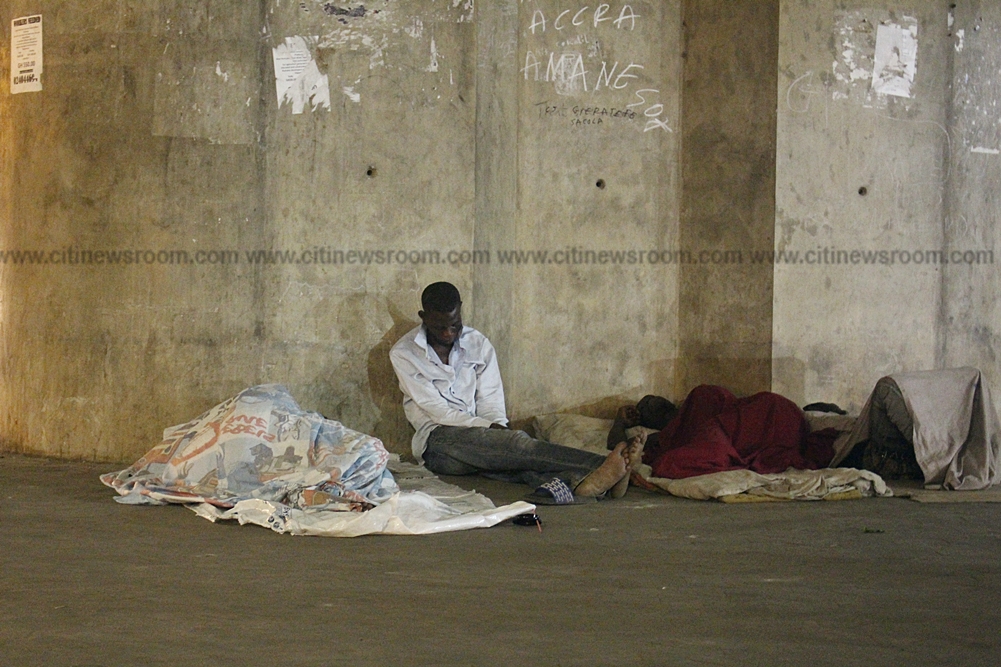 For many who came to Accra looking for money and economic opportunities, the area around the Kwame Nkrumah Circle interchange area isn’t for business; it’s home too.

It is at the Nkrumah Circle that many homeless people – some with jobs in offices spend their quiet moments.
Although the Kwame Nkrumah Circle has transformed after the construction of the interchange, it is still no place for people to spend their days and nights. 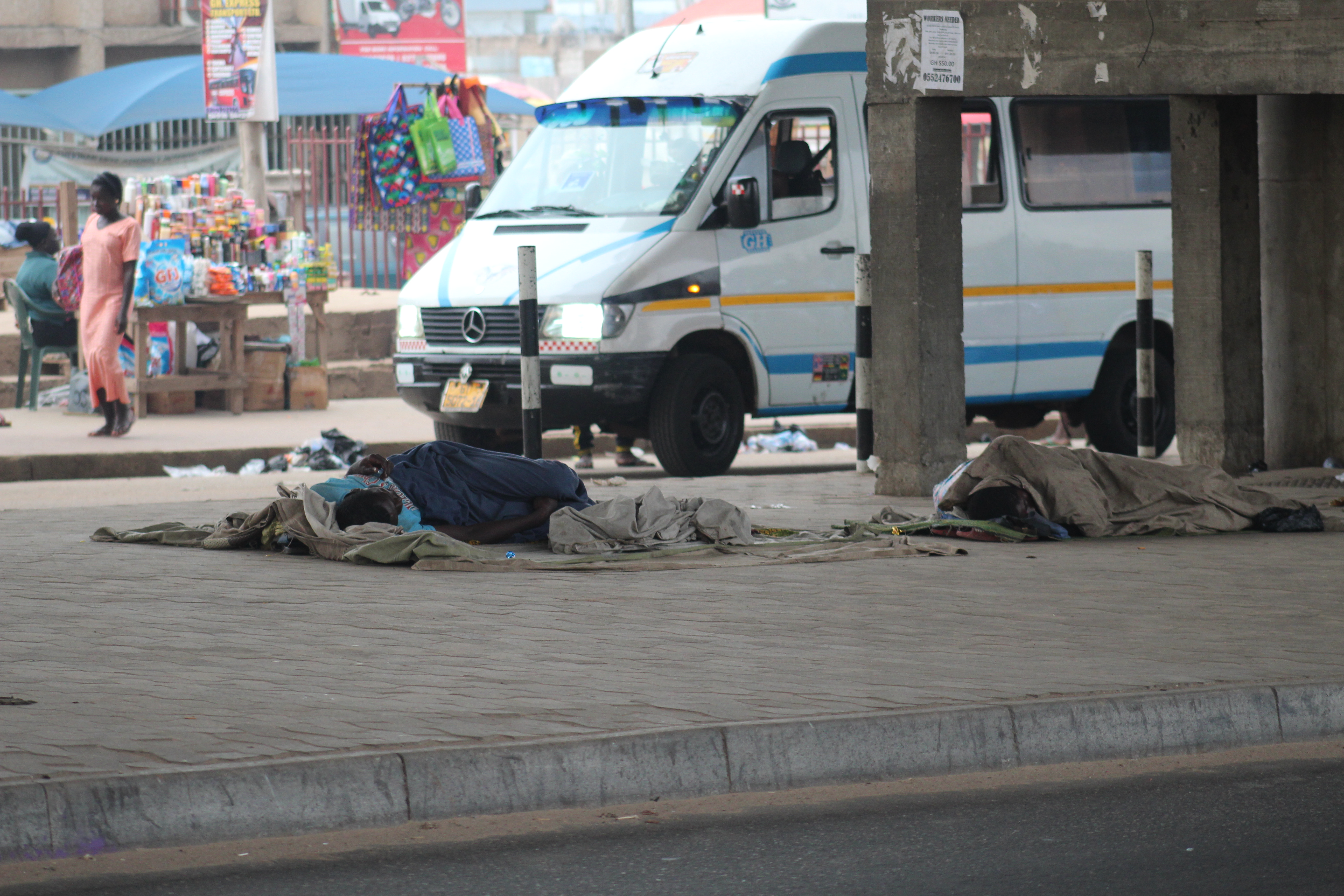 But what is a person who came from another part of Ghana in search of employment and opportunities to do when they cannot afford to pay two-year rent advance? 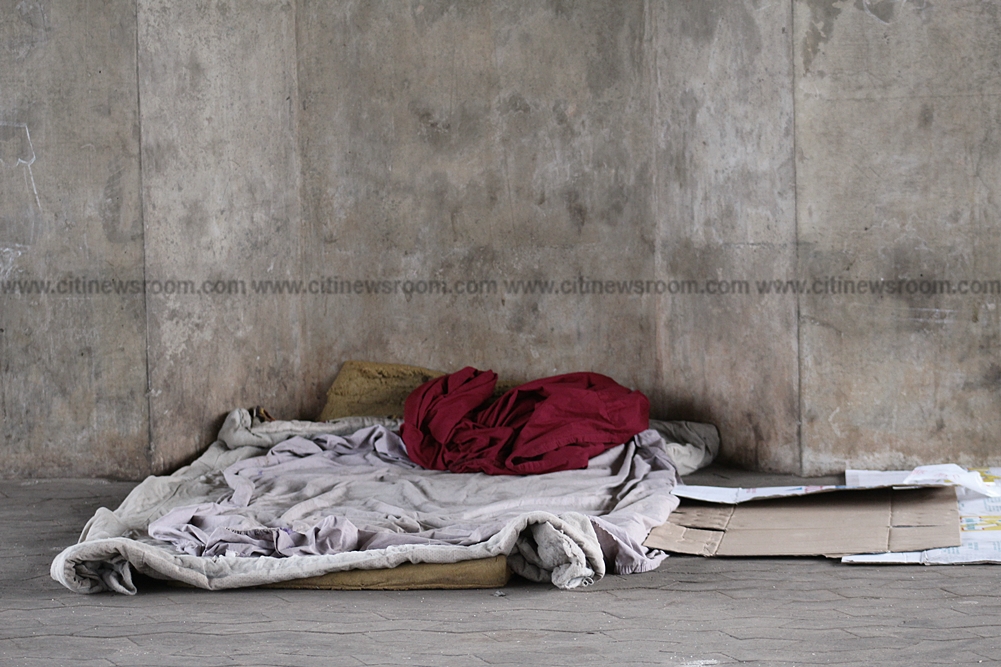 Fiifi, a homeless man at Kwame Nkrumah Interchange, migrated from Takoradi in the Western Region of Ghana to Accra in search for better economic opportunities.

He has been on the streets for almost two years.

He ended up on the streets after his kiosk [wooden structure]  which was on public land was demolished on government orders. 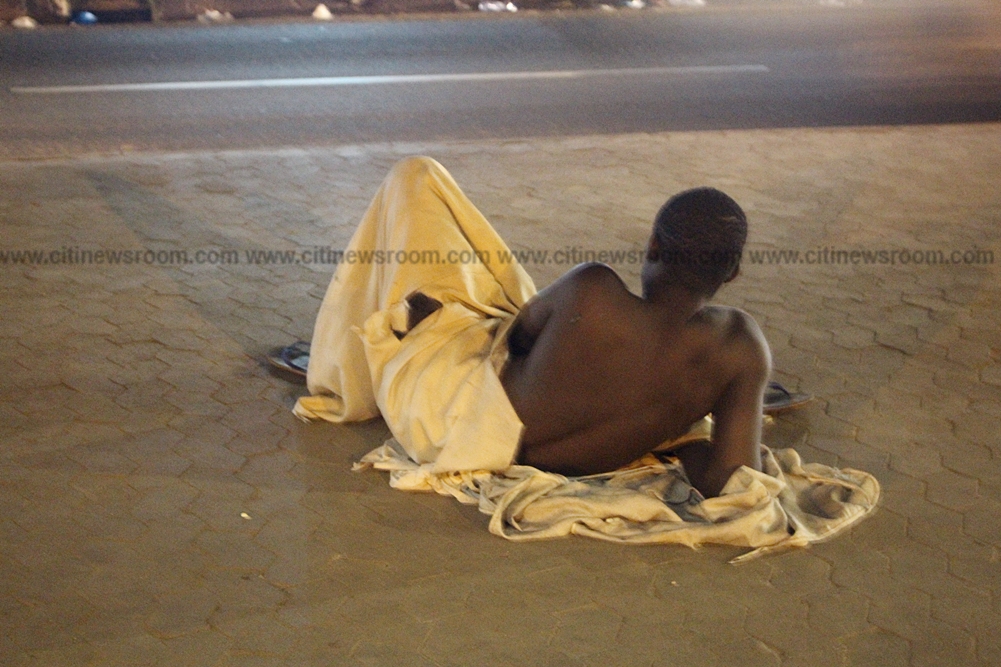 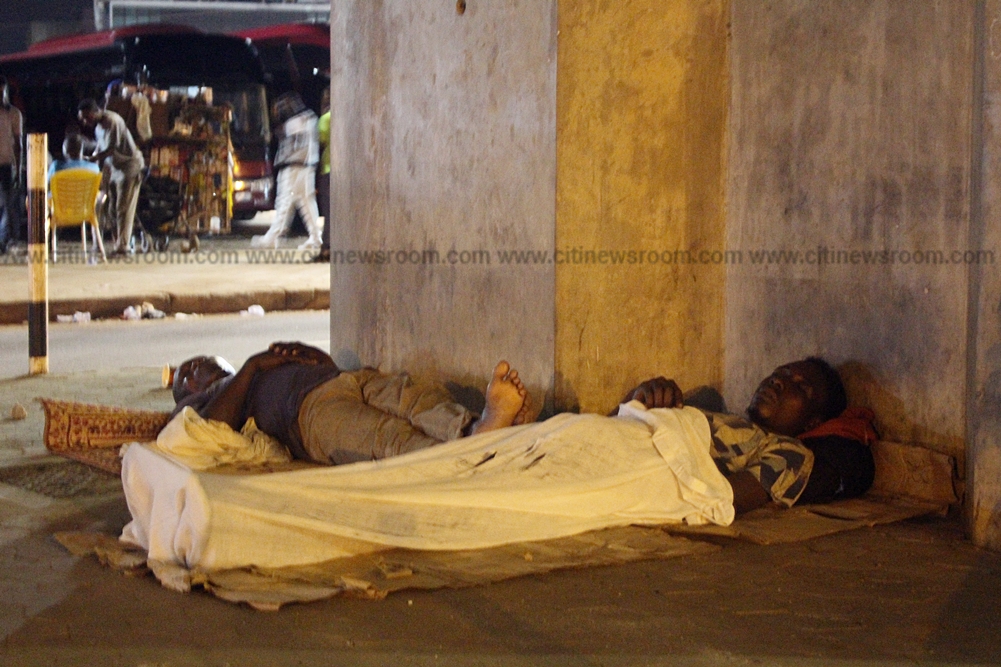 He explained that most of the people he shares the pavement with genuinely came to Accra to find decent jobs but they end up pickpocketing and stealing to survive.

“When it is night time, you just find a spot. No one has a sleeping spot that is rightfully theirs. We are really going through a lot. Government should come to our aid. The only thing that keeps us going is the hope that tomorrow is going to bring in something better than yesterday,” he said. 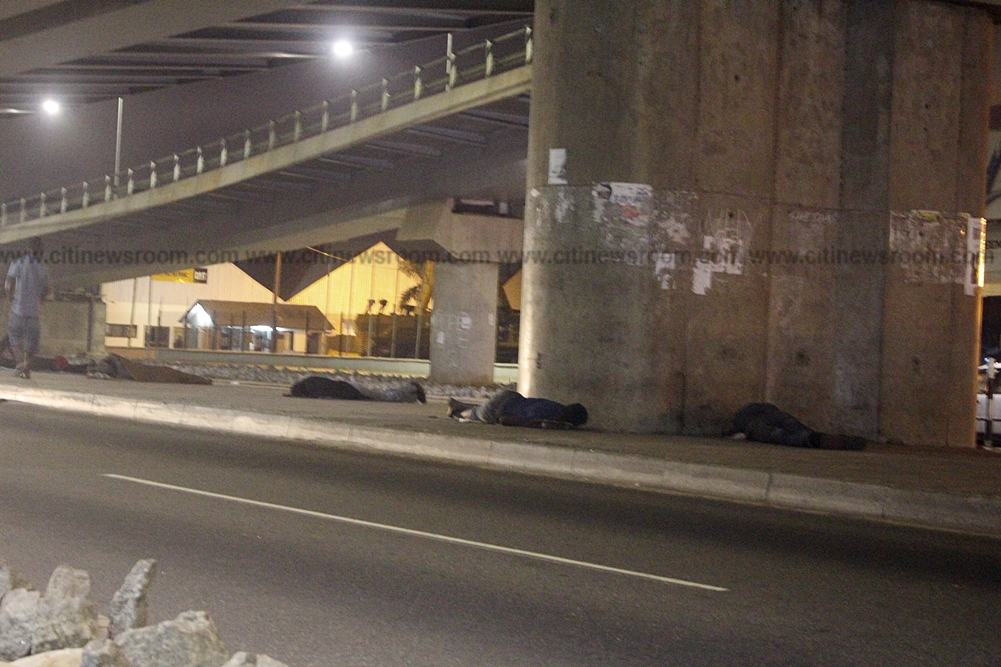 Fiifi also complained about how expensive rent is in Accra and how most of them will never be able to afford it.

“Rent is very expensive. Majority of us here would never be able to afford it. We came here to hustle and make some money to send back home, we cannot use that money to pay for two years rent advance. The money we are able to save up cannot even afford a one-year advance talk less of two years” he stated. 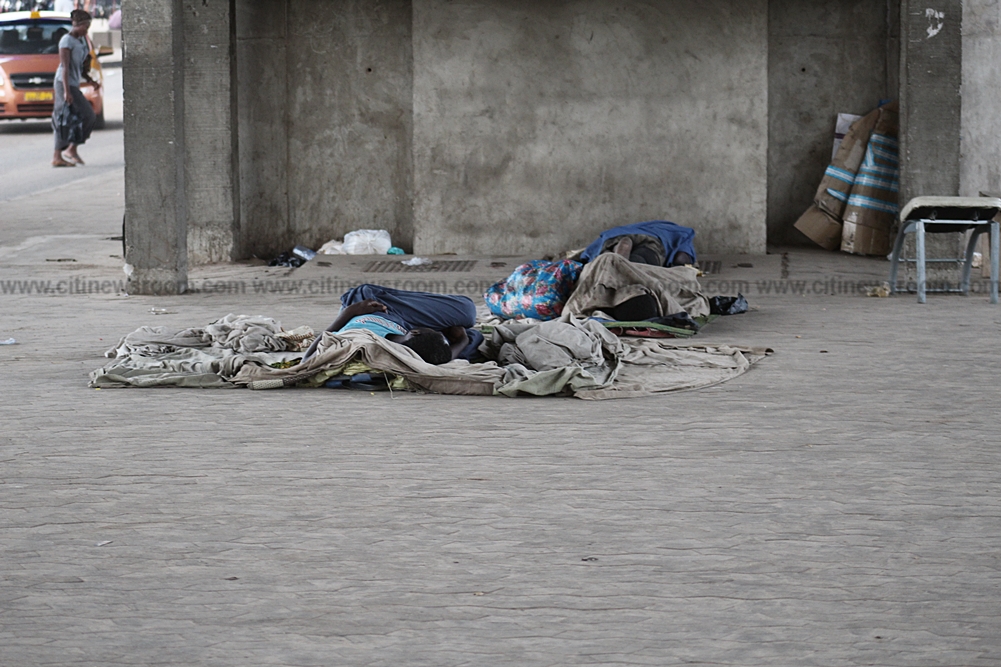 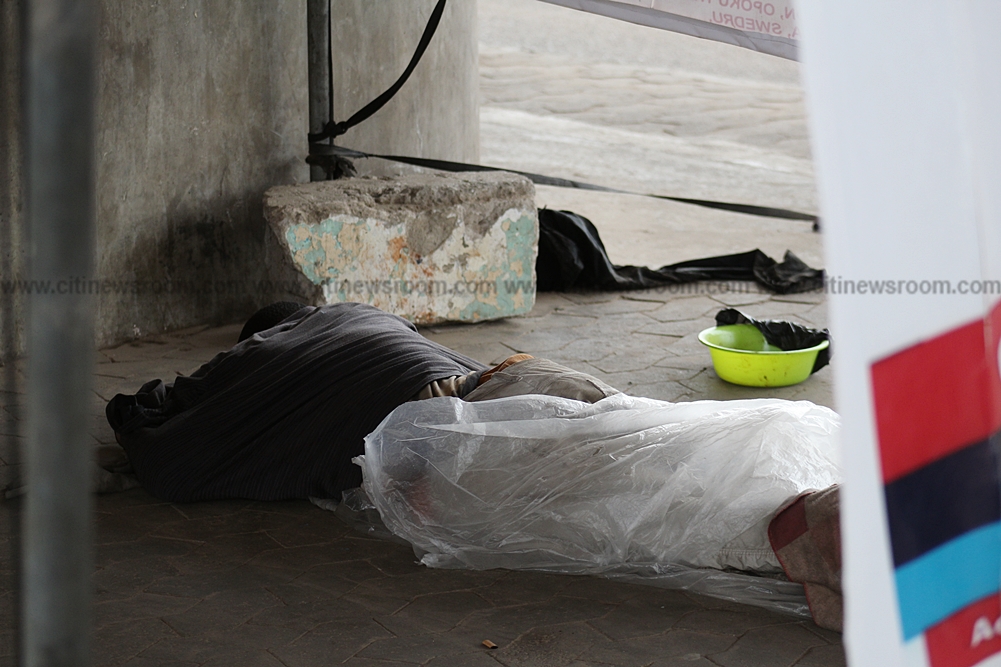 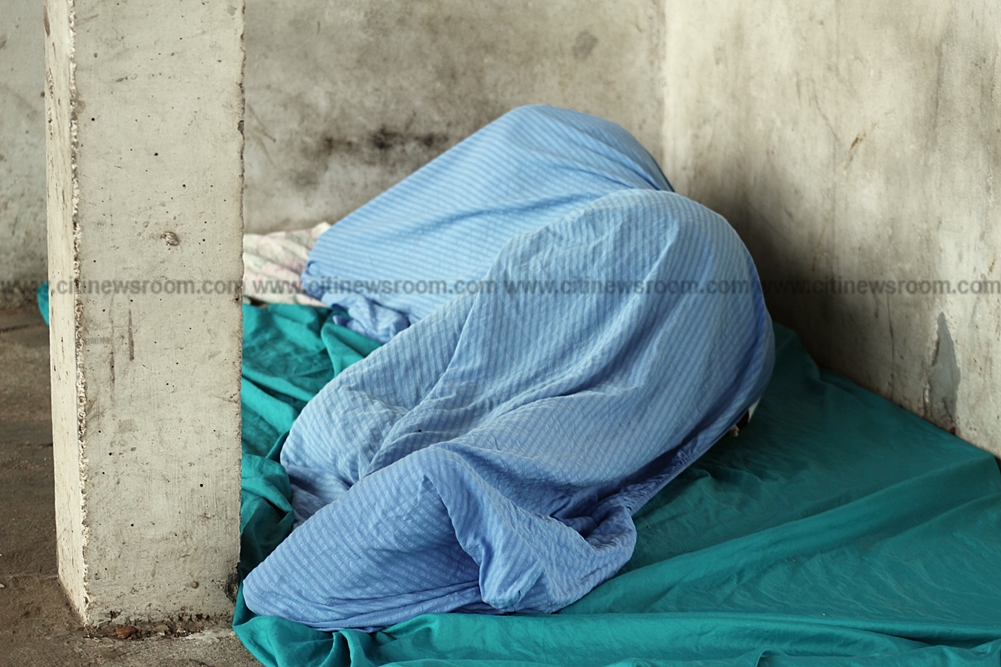 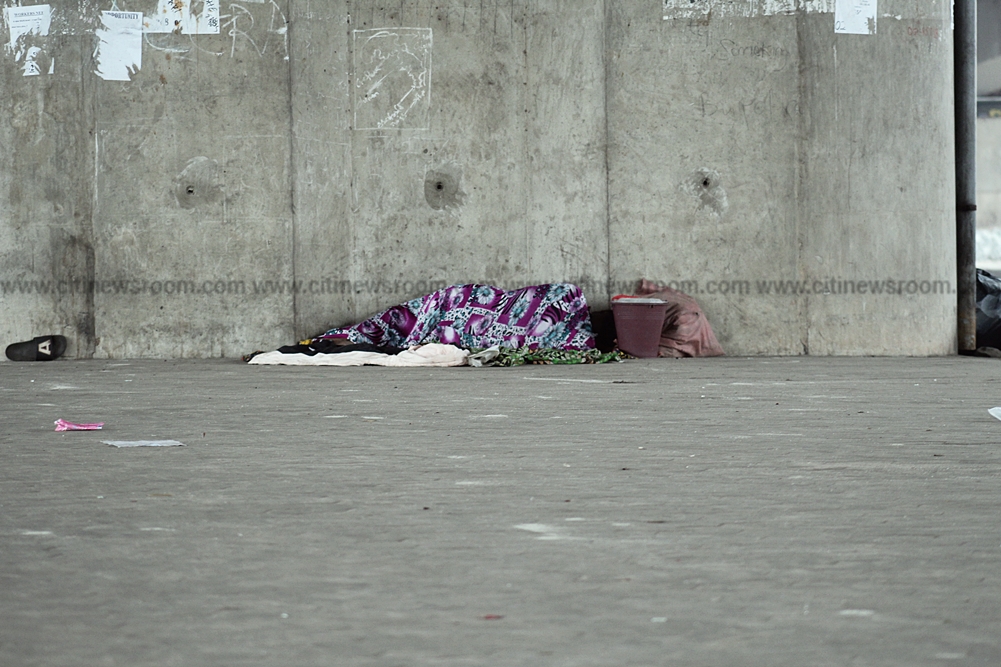 Bismarck who migrated from Kwahu in the Eastern Region of Ghana has been sleeping on the pavements of the Interchange for a year now. He has been jobless since he arrived, he gets by, by helping passenger offload their luggage.

“It has been a year I came to Accra. I don’t have a job. Everyone sleeping here has no job. We wake up in the morning, pray to God, we go stand by the roadside, wait for a bus and help the arriving passages with their luggage for an amount of 1 Ghana Cedis, at most 2 Ghana Cedis,” he said. 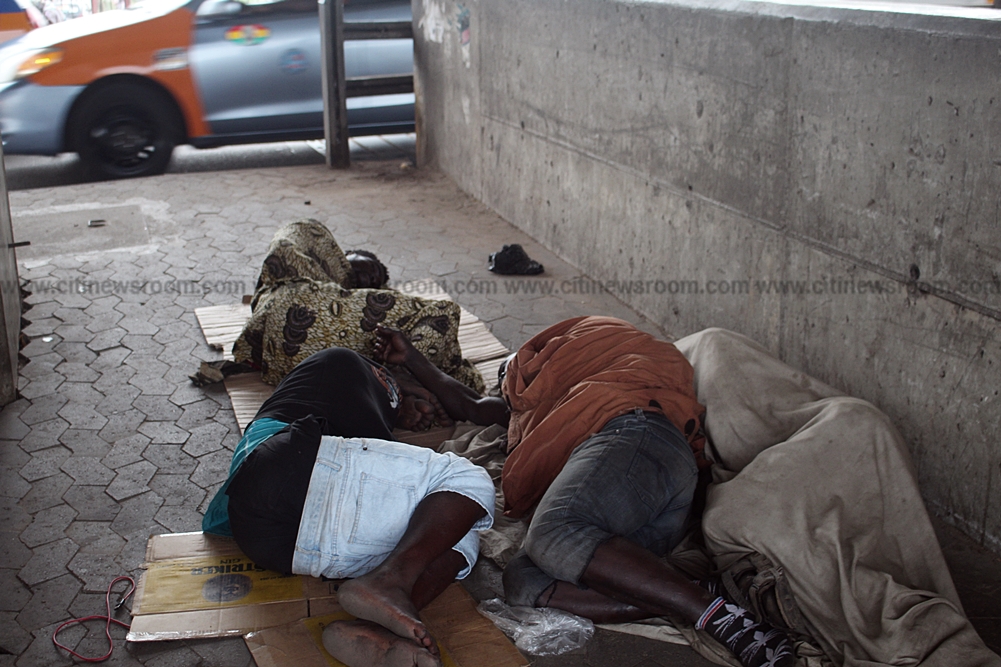 Ghana has a housing deficit of over 2 million housing units – there are people who have always lived in the city and can no longer afford rent.

Most of the people captured in this photo story don’t like sleeping in the open at the mercy of the weather.

The circle isn’t just sleeping place for the homeless in Accra, it is one of the most feared areas in the city due to the kinds of crime that occur in the area.

Some Ghanaians who use the area talked about losing valuables, like mobile phones, laptops, Money and many other things. 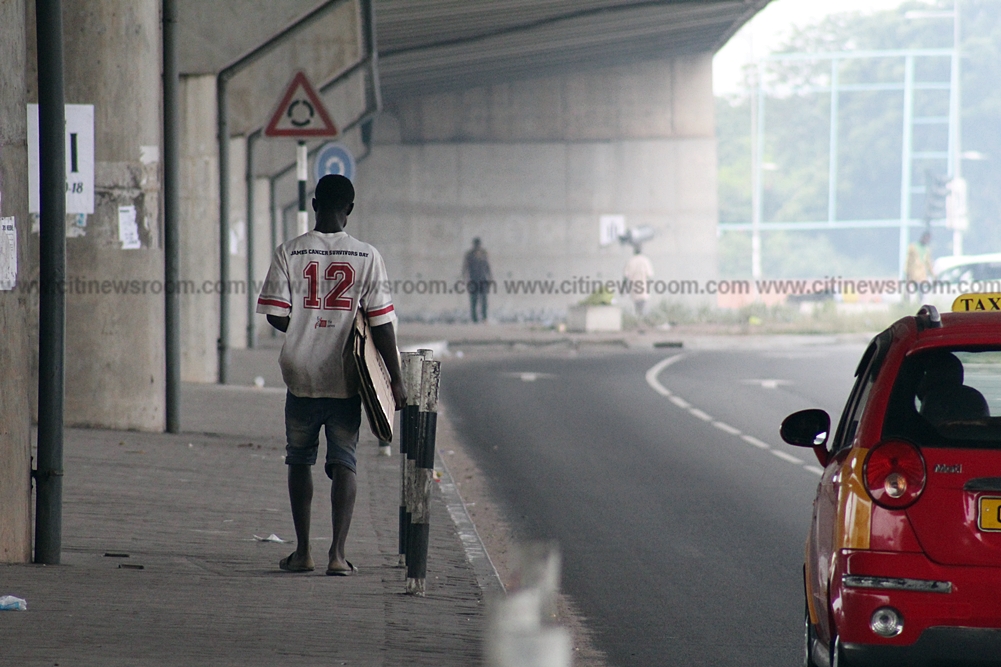 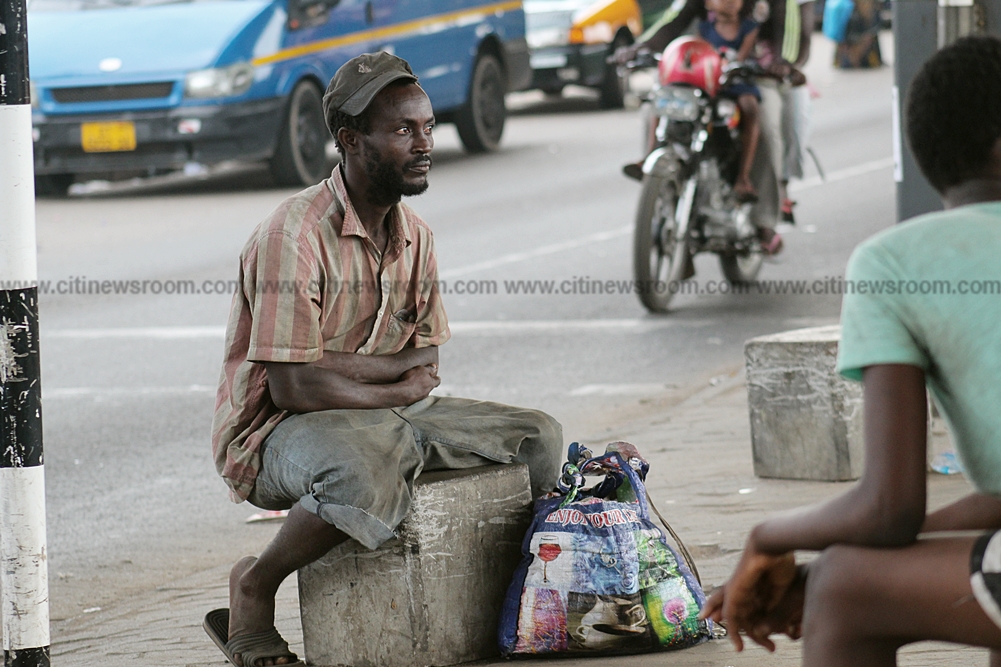 Aside from sleeping under unsafe weather conditions, these homeless Ghanaians have to find ways and means to protect their beds, blankets, and clothing. 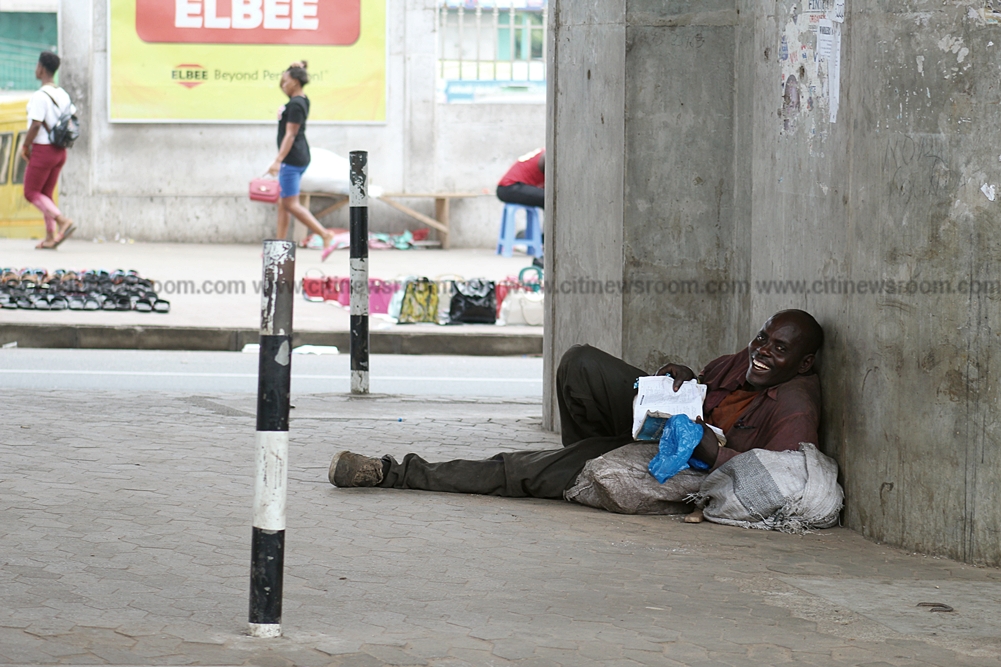 On 26th June 2018, the Deputy Minister for Works and Housing Freda Prempeh said the government was set to give incentives to the private sector to address the housing deficit in the country. 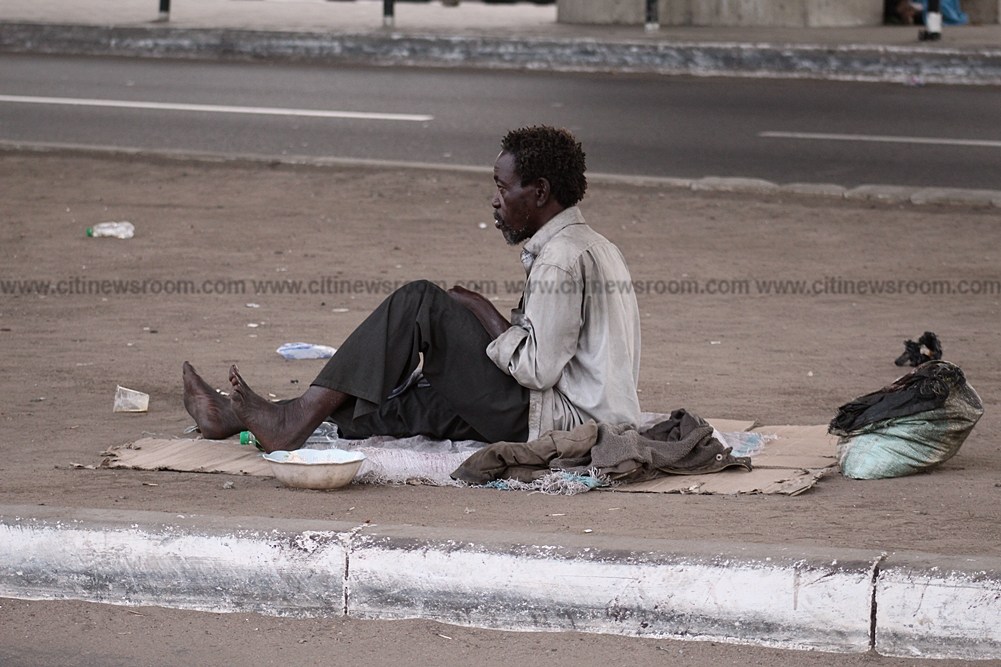 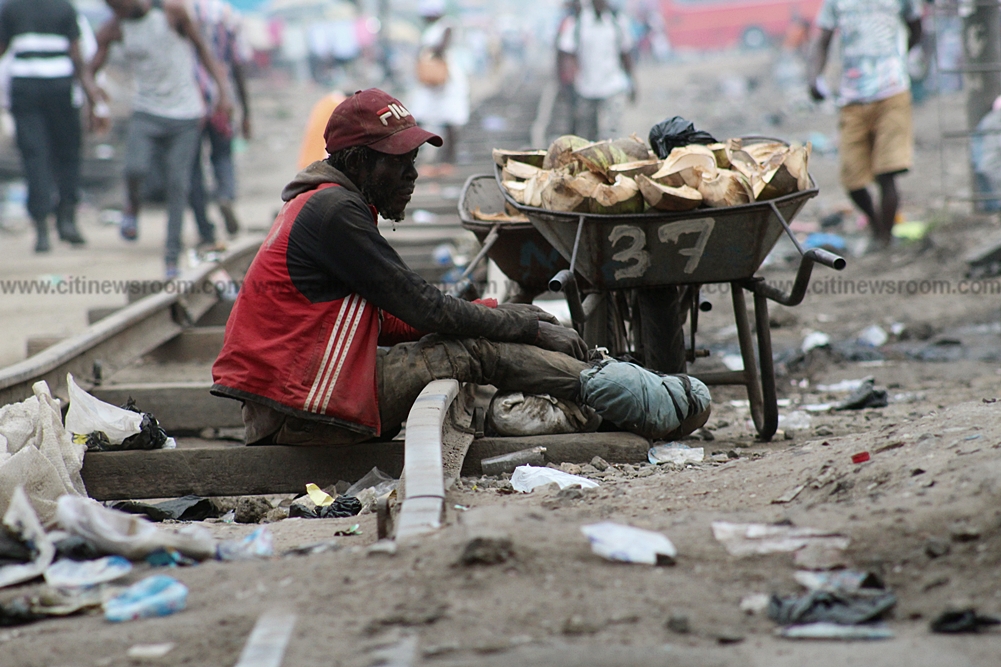 The minister also mentioned that Ghana’s rent law would be reviewed adding that the government is committed to completing all abandoned projects to address the housing deficit. 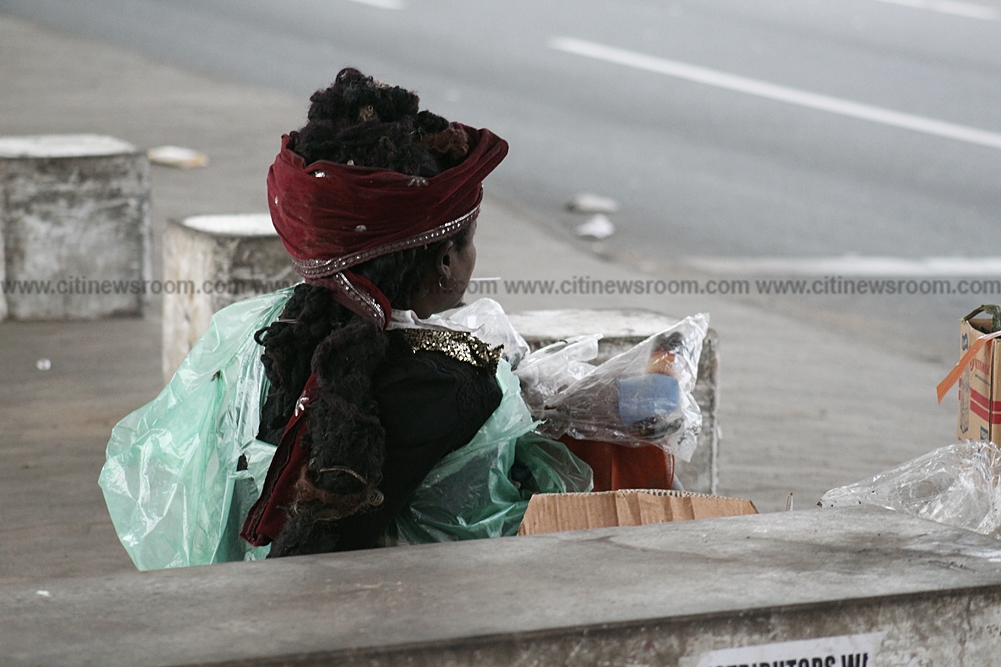 It is important to note that some of the people who sleep around the Nkrumah Circle Interchange are mentally challenged people abandoned by their families.
Since there are no shelters in the city for any group of deprived and underprivileged people, Circle’s homeless will have to keep sleeping in unsafe conditions.