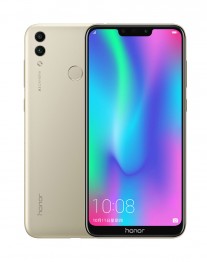 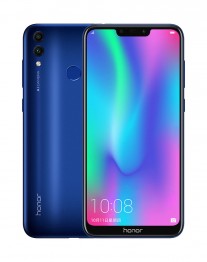 The Honor 8C packs a Snapdragon 632 chipset, which is a combination of a fairly powerful CPU (four A73-based Kryo cores and four A53-based ones) with an old GPU (Adreno 506 was used in the Snapdragon 626). This 14nm chip offers good general performance, but wouldnt be our pick for a gaming phone. Still, A73-based cores in this price range is nothing to sneeze at.

Plus, the efficient chipset is hooked up to a large 4,000mAh battery, so we can expect great endurance from this handset.

Theres a dual camera on the rear  a 13+2MP shooter. The main module has a bright f/1.8 aperture while its partner is used for depth of field effects. Theres a single 8MP f/2.0 selfie camera on the front.

The 8C is a dual-SIM phone and the card tray has an extra spot for a microSD card. VoLTE is supported. The phone runs Android 8.1 with EMUI 8.2 out of the box.

Follow the Source link to check out the Honor 8C at Vmall.