There has been quite a bit of fuss surrounding the LeEco Le Pro 3 these past few months. After sneaking a quick peek of the device in September and then coming across it onGeekbench yesterday, now its time to finally see it in full. Today LeEco officially unwrapped its new flagship and its specs do mostly live up to the original hype.

The “mostly” part refers to a couple of prevailing rumors that fueled pre-release excitement. One is having 8GB of RAM on board and the other has to do with a promised battery capacity of 5000 mAh. Neither of these became reality in today’s release, but there is still the distinct possibility of a higher-end 256GB storage model yet to come.

But we can also safely look past these two details and what we are left with is still a really powerful handset. It has a 5.5-inch, 1080p IPS LCD panel at its disposal, with a stylish 2.5D glass finish on top.

Underneath it is Qualcomm’s new Snapdragon 821 SoC – the overclocked version with a maximum clock of 2.35GHz on its CPU and 653 MHz on the Adreno 530 GPU.

The RAM configurations still go up to 6GB and the list of available models includes: 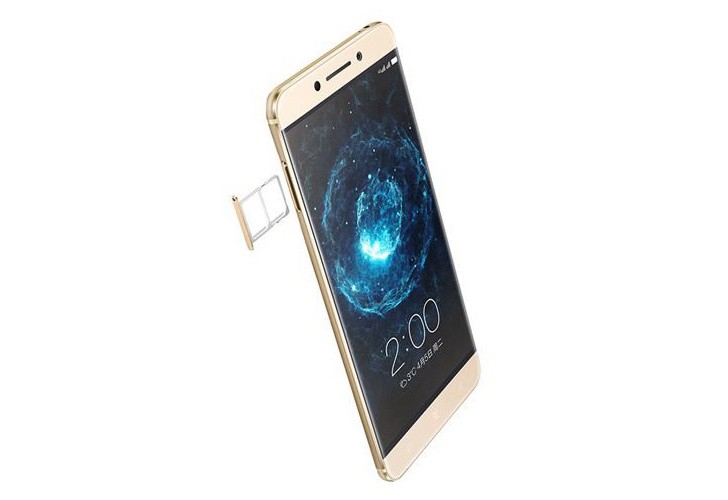 The camera setup includes a 16MP main shooter, with an advertised 0.1 second PDAF focus speed and a few proprietary features like: Increased Sharpness, Intelligent Beauty Mode, Gender Recognition and others. On the front, there are 8MP at your disposal.

The Le Pro 3 is powered by a 4070mAh, which although still a far cry from 5000 mAh, is impressive nontheless, especially in a 7.5mm thick body.

The phone also supports 24W QuickCharge 2.0, which LeEco is confident can get you from zero to 50% in 30 minutes (impressive for a 4 thousand amp battery).

Speaking of the phone’s body, it has a premium all-metal built with a brushed finish. In fact, the manufacturer claims a 98% metal content for the devices shell.

The front has a trio of capacitive buttons, the middle one shaped like the LeEco logo and complete with a “breathing light” feature.

On the back, there is a fingerprint reader and not much else, besides an edged logo. The Le Pro 3 uses a USB Type-C connector and doesn’t really have another one. There is no 3.5mm jack, but before you assume some Apple plagiarism is in play, we’ll remind you that the Le Max 2 and Le 2 also rely on the USB CDLA standard for audio since before the iPhone 7 was announced.

Other details worth noting include dual SIM support and dual Wi-Fi MIMO antennas for a maximum transfer speed of 866 Mbps. 4G LTE is pretty fast as well with 3x CA, adding up to around 600 Mbps.

The Le Pro 3 also has two speakers and runs on the Marshmallow-based EUI 5.8.

Pricing is as follows:

The latter are special “Zhang Yimou” Edition. The edition named after the famed Chinese film director will be themed after the upcoming movie ‘Great Wall’, starring Matt Damon. The phone will come with a custom “Great Wall” theme and wallpaper, an exclusive access to a behind-the-scenes video about the movie, a signature Great Wall leather flip case and a movie-themed retail box.

Pre-orders are live now, but there is no info on availability. We will definitely be looking forward to learning more about that.

Source (in Chinese) | Via