The reconstruction of parts of the Tarkwa Highway that led to a protest and blockade of the road by the chiefs and people of Tarkwa on 26th September 2018, is progressing steadily, the Municipal Chief Executive Gilbert Ken Asmah has told Citi News.

The contractor, Messrs Asabea Constructions Limited who has been on that portion of the road for over three years, has intensified the reconstruction of drainage systems on the shoulders of the road, whiles some badly deteriorated areas have been excavated.

Speaking to Citi News, the Municipal Chief Executive, Gilbert Ken Asmah, noted that “this part of the Tarkwa-Takoradi Highway isn’t in the shape that we all want. But I can assure residents that we are doing what we can to have the road asphalted. With the rate at which the contractor has begun, we are sure, if nothing distracts him, the portion between Ahwetieso and Efuanta should be asphalted before the end of the year”.

The Tarkwa-Takoradi Highway has been a source of worry to many residents of Tarkwa and road users.

Aside from the deep portholes that gets commuters dangling in vehicles, petty traders who ply their trade along the road and people who live by the road, have had to battle the dust from the road.

“Look, we are really worried about this punishment. Our mothers and sisters who sell by the road are going through. I know their sales are affected as well as their health. But as MCE, there is a lot behind doors that we are doing to have the road in good shape. Part of the problems have been finances, but we have made a headway with it. It is for them that we are in the office to work, and so, we will sincerely do what we need to do to better the traveling experience on this road”. Mr. Asmah assured.

The Tarkwa Nsuaem Municipality is presently the leading producer of gold which generates huge revenue for the government of Ghana.

Heavy duty vehicles transporting cocoa, bauxite and Mangenese for export to the Takoradi Harbor also use the road, putting a lot of pressure on the stretch day and night. 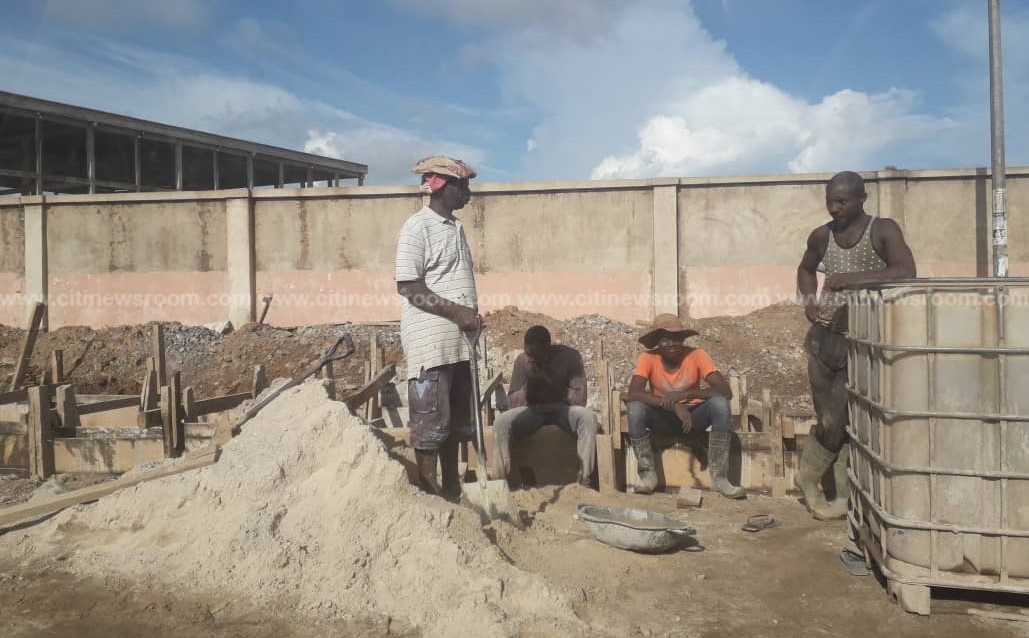 When Tarkwa chiefs and people blocked the stretch for less than an hour on September 26, almost all major economic activities came to a standstill.

They threatened that if no activity was seen on the stretch in two weeks, a second protest was going to be organized.

“This demonstration we pray is not held because as you could see, the contractor is presently on the road doing what we all want to see. I will urge all residents to calm down whiles we work to fix it”. Mr. Asmah concluded.